God Working Through My Life With Words 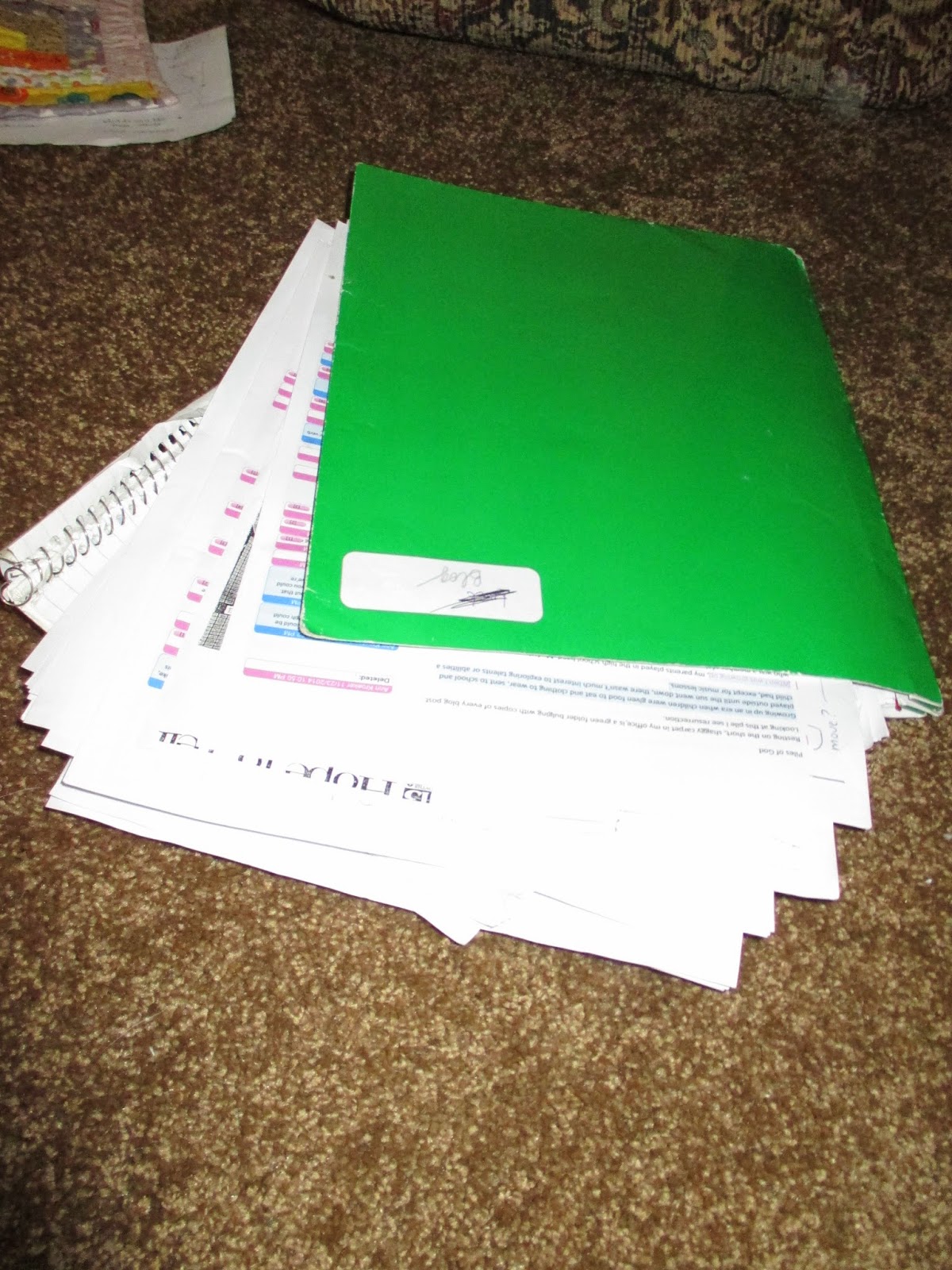 Resting on the short, shaggy carpet in my office, is a green folder bulging with copies of every blog post. Looking at the pile, I see resurrection.

When I was growing up, my parents often described their participation in the high
school band. Both played the clarinet, but my father also played the saxophone.

My brother and I were expected to play an instrument. I chose the piano, but since there was no money or space in our tiny home, I had to play my father's old saxophone. My parents were delighted I was carrying on the 'family tradition' of playing in the band as I began in sixth grade and continued through high school.

What I really wanted to do was write. Beginning in the fourth grade, I started writing poems, and in the sixth grade wrote a book called "Adopted Beth," a pseudo-memoir reflecting the desire of my heart. One day, I came home from school and couldn't find my book which I kept under my pillow, the only hiding place where I thought could safely guard my private thoughts about life.

My mother must have found the book and, thrown it out, as I never saw it again. She probably had difficulty accepting and understanding the turmoil I expressed and her confiscation shut down any further writing.

Although I wrote to complete class assignments in high school and college, occasionally my soul was stirred to record my thoughts in poetry or verse. Later, I didn't have a lot of time to pursue writing because I worked full time when I was single and then was busy with Mike and my sweet children.

However, God reached my writing heart. I wrote for a clergy spouse magazine called SPICE, no longer in print. The Indianapolis Star called for volunteers for the religion section which featured a few of my thoughts.

Last December, I decided to devote this year to exploring my writing, which always brought delight to my soul, made my heart sing, and offered a way to pray. Searching for a writing coach, I found the perfect teacher, an accomplished writer and editor whose two books I read years ago and used when I was the MOPS mentor and in my Sunday school class, both at Fishers United Methodist Church.

Ann Kroeker has worked with me weekly all year and has given exceptional professional counsel and Christian companionship to lead me, and help me explore a path waiting in the depths of my soul to retrieve and develop.

My early writing with Ann plowed through decades of strands that clouded my words and bound my hands. Getting through this work over many months eventually led to light - light placed within me at my creation, surfaced when I was young, but when that book disappeared it sealed tight like the lid on a jar of jam.

The lid opened by the discovery that my non-dominant left-hand could write and draw - another moment of resurrection. My mother told me she covered my left hand when I used it to grasp and reach items when I was a toddler, because in the late 1940's being left handed was considered a detriment.

Swimming in words and putting words together all handwritten by my left hand on notebook paper, I seem to tap into rich places, reaching through to the writing self God created. With Ann's help and God's companionship, I'm stitching my scattered self back together from shattered desires and loosely explored talents to see a pile from God resting on my floor and growing each day.

What areas in your life have you experienced resurrection? What talents or abilities have you wanted to explore, but not taken time to do so?

Prayer: God, you shower us with blessings each day, heaping your love in generous ways. Show us new parts of ourselves which may have been only partially examined. Give us courage to seek those who may help us develop skills which you have created. Amen.