I am a retired speech pathologist since October 2008. I am a practicing spiritual director, having completed the two-year program at the Benedictine Monastery in Beech Grove, May 2006.
I’ve had art displayed at the following events:

2.  "Religion, Spirituality, and the Arts" - Harrison Center for the Arts, Indianapolis - December 2015 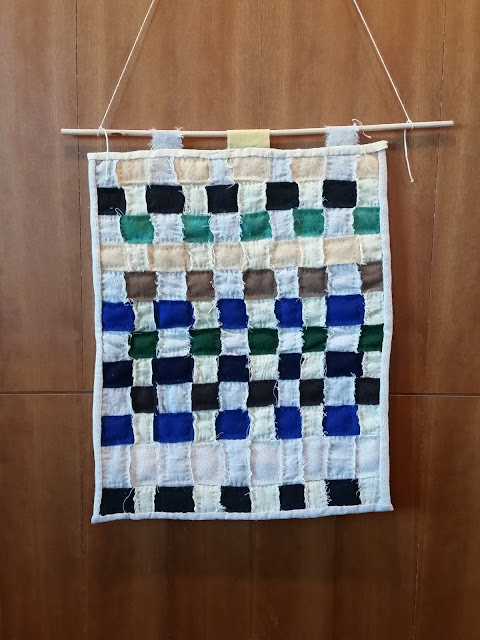 Eve's Quilt of Loss — In the Hebrew and Christian Bible people often expressed grief by tearing their clothes. "Eve's Quilt of Loss" represents what Eve might have done, tearing cloth, following the loss of Cain by banishment and Abel by death. Strips of torn wool, symbolizing Abel who was a shepherd, and linen, symbolic of Cain's work in the fields, are woven together and hand quilted. This piece was created for the Religion, Spirituality and the Arts seminar, Fall 2015, at Christian Theological Seminary.


Shredded Genesis 4 with the cover of
Anne Frank: The Diary of a Young Girl 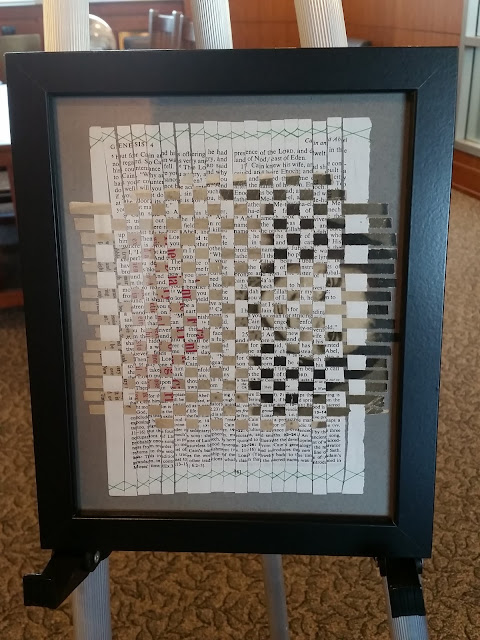 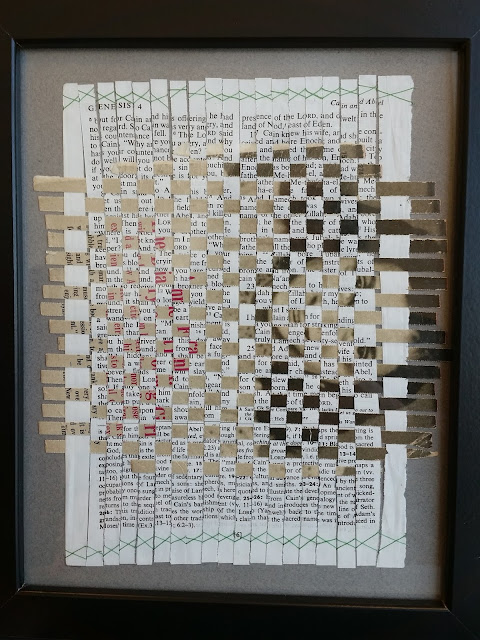 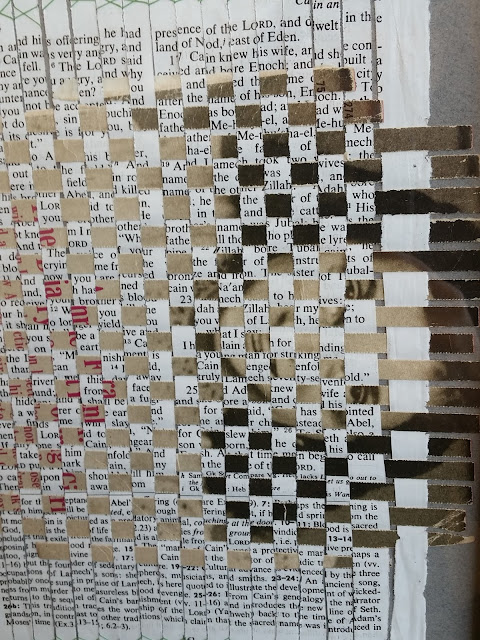 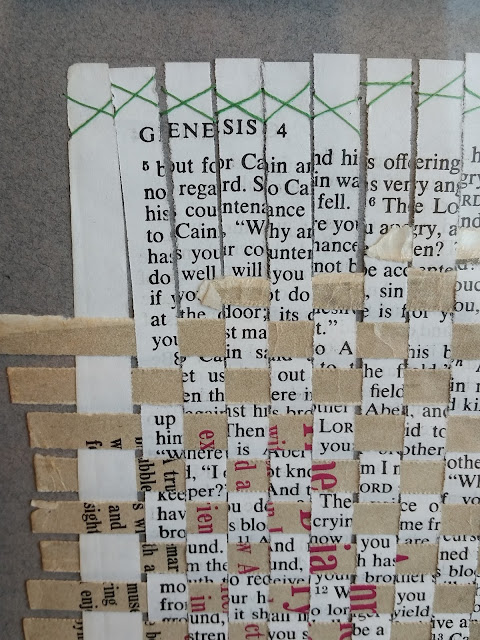 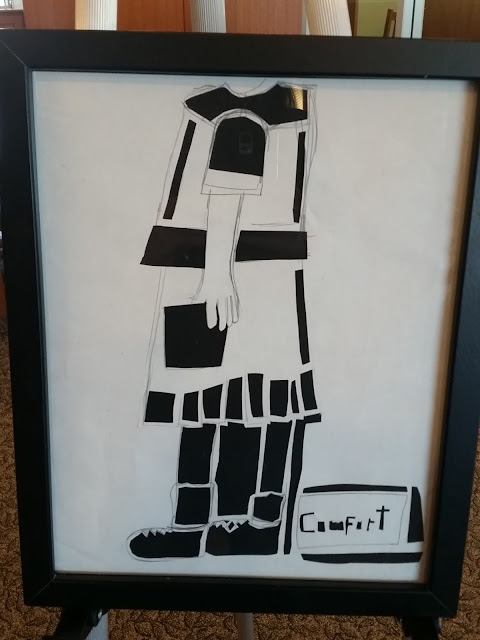 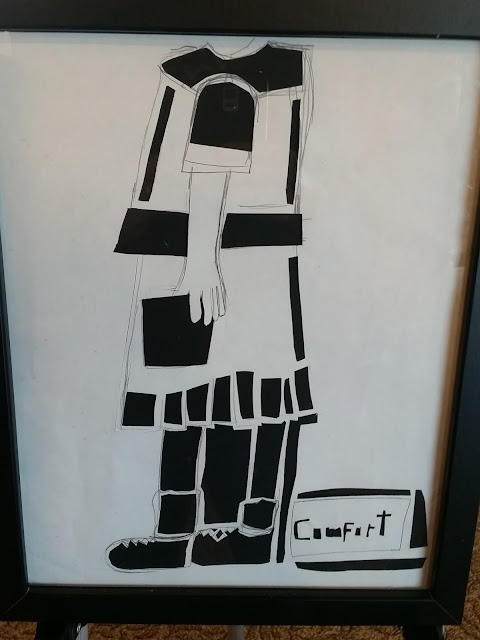 Comfort - Growing up in a chaotic home was difficult. Relationship boundaries were disrupted, which brought much confusion. However, whenever I ate a graham cracker, I felt peace and comfort. In this piece, I drew a side view of my seven-year-old self holding a graham cracker. I took my knife and cut out various parts and mounted the finished picture on black paper. 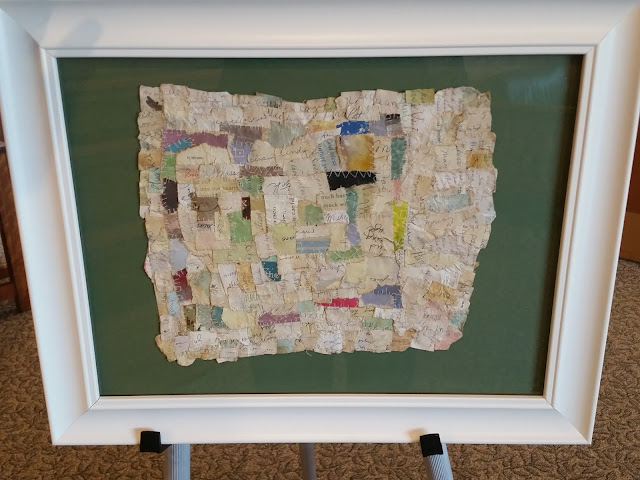 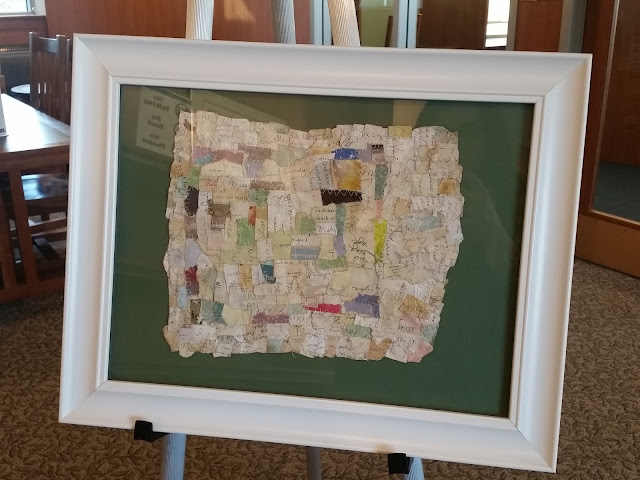 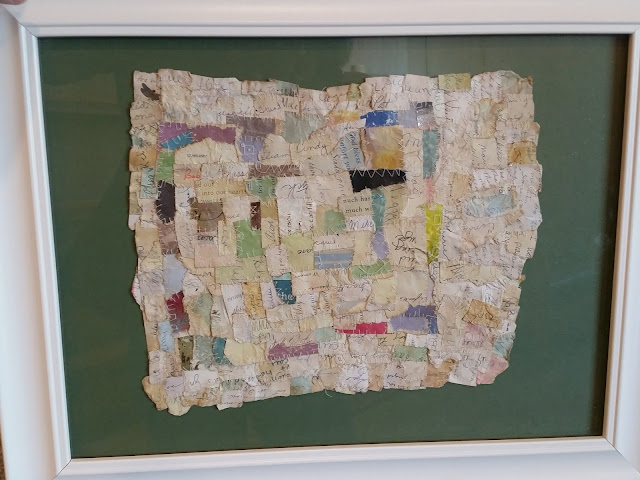 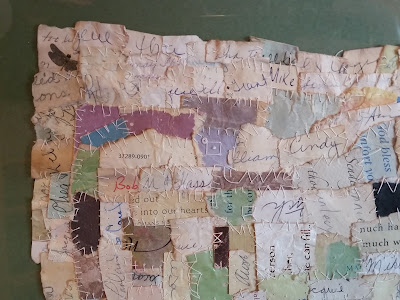 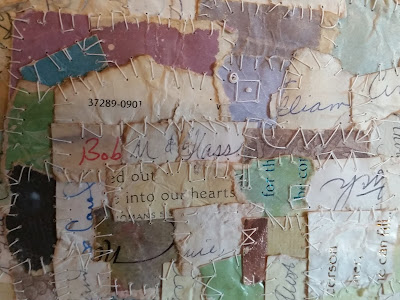 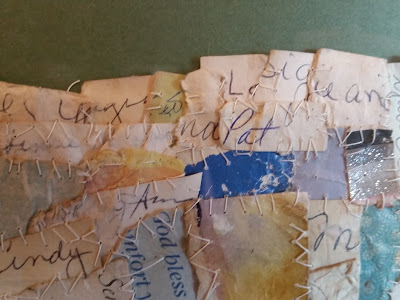 Grief - Following the deaths of my elderly parents four days apart in 2013 left me in emotional turmoil because of the complexity of my relationship with them. I tore the sympathy cards I received into small pieces several months after their passing to make paper. Saving the remaining pieces of cards, I hand sewed them together. The process of completing the "paper quilt" led me to peace. 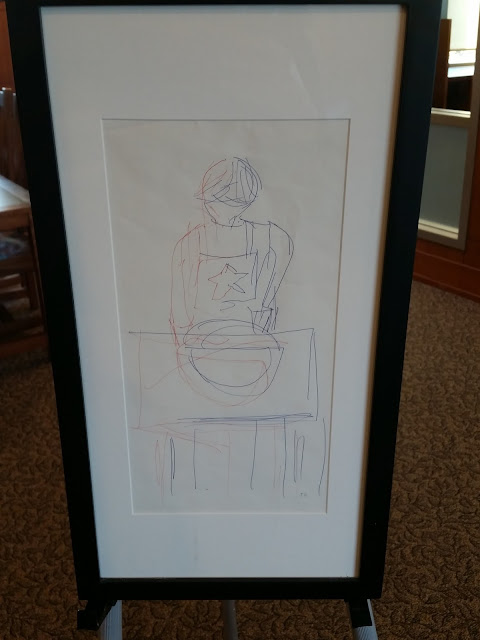 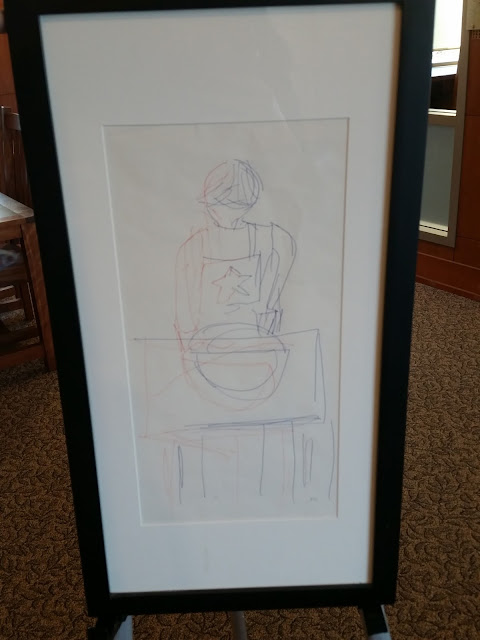 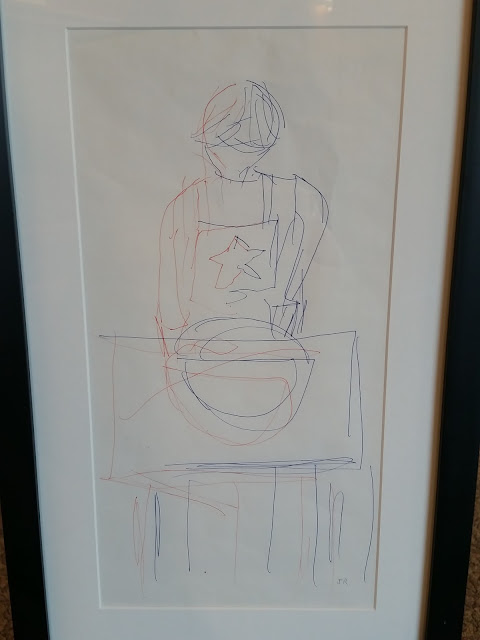 Bread - Baking bread and biscuits is one way I connect with God. I made this picture with both hands moving simultaneously over the paper each holding a different colored pen. 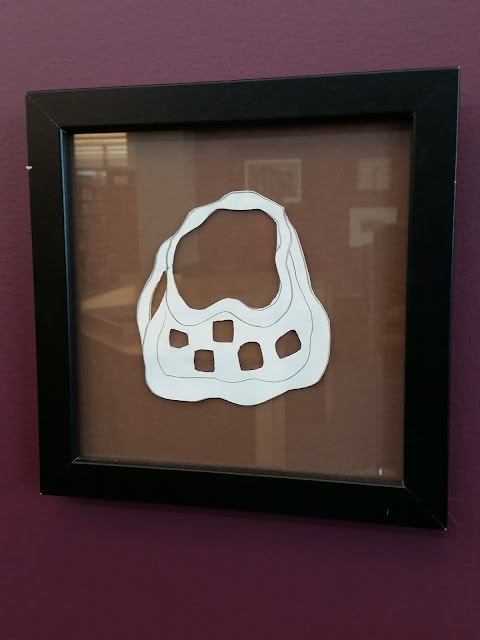 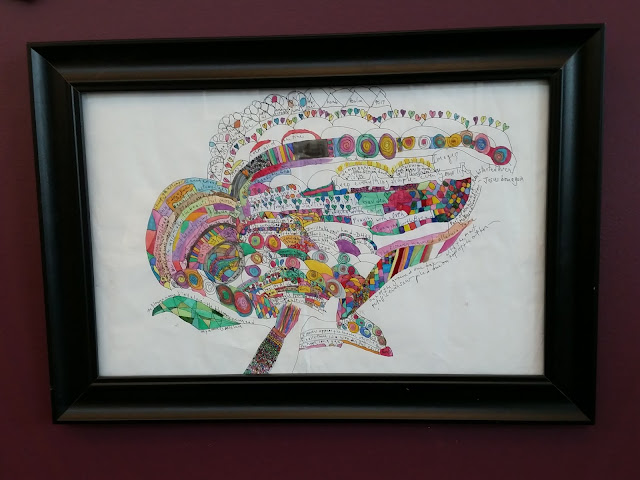 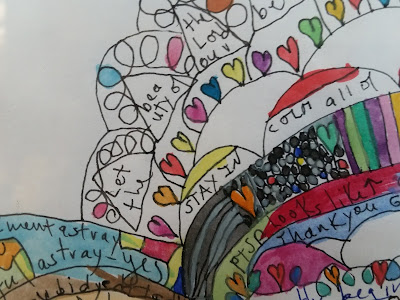 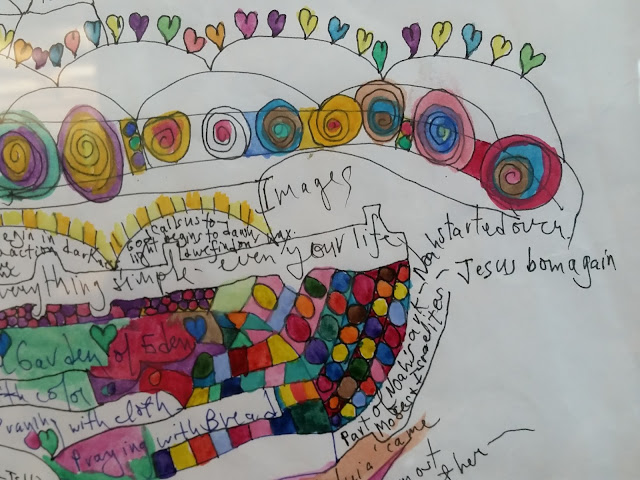 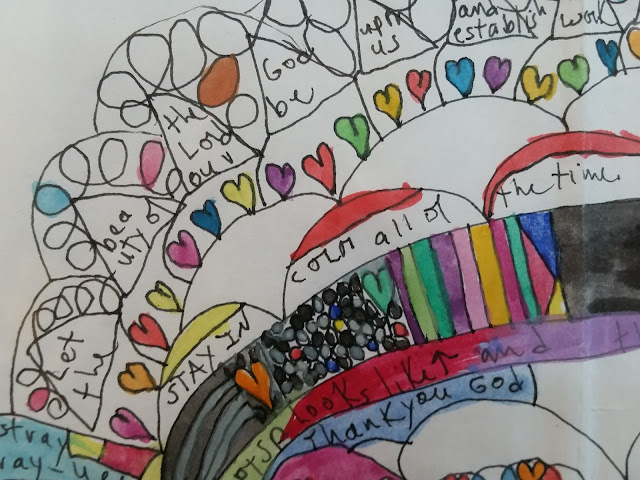 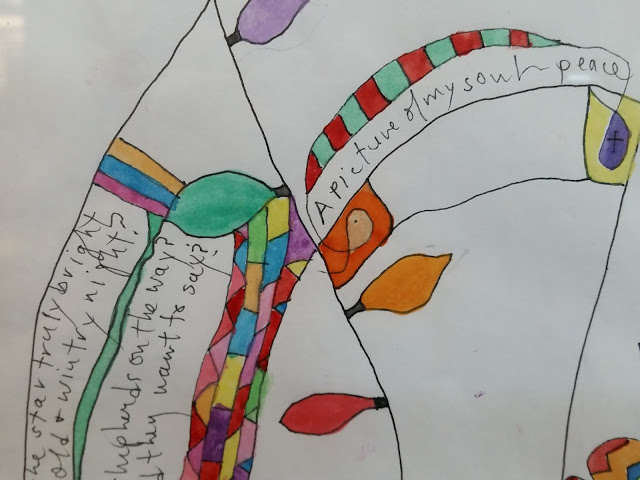 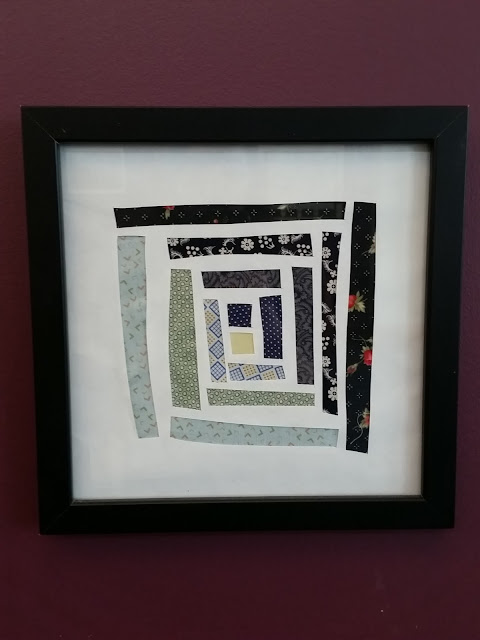 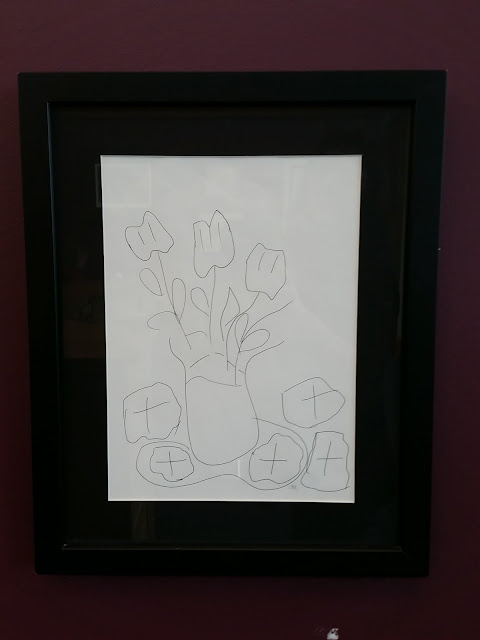 Maundy Thursday  - A friend came over to bake hot cross buns. She brought a bouquet of flowers. I drew this picture in response to the joy of baking with a friend. 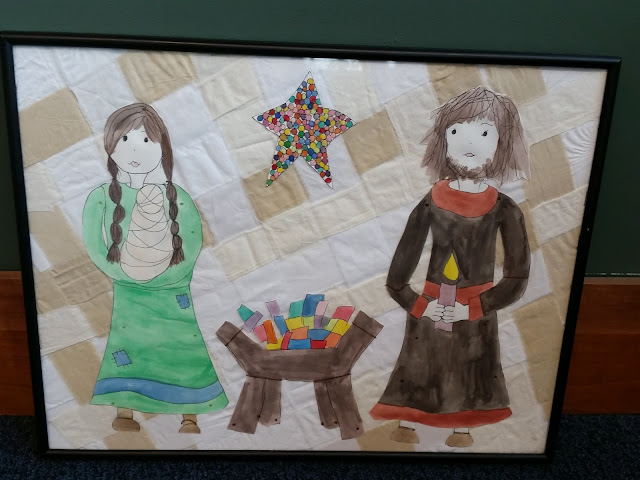 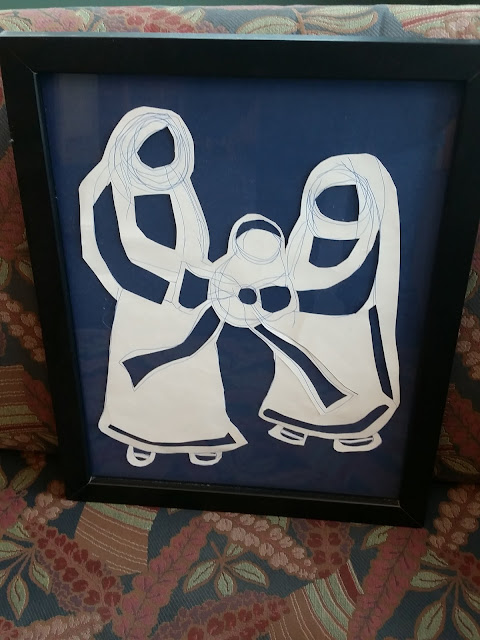