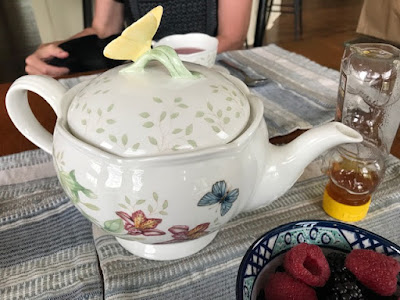 We met at the cemetery

She stood over the grave of her twins

Who died at twenty three weeks.

Whipping at her heavy coat

Blowing against her tan felt hat

Tears rolling down her thin cheeks,

Carrying carnations for the burial.

The father holding their two-year-old son,

A big brother hardly comprehending the meaning of

I stood by watching

Holding my carnations in hand.

Later, I wrote my sympathies

And offered to give her a ride

To a support group

For parents who have lost babies.

She had hoped for a house full of children.

Sliding occasionally on a patch of ice joined with packed snow

In the car, we got acquainted.

Over our friendship with fabric.

The weeks and months passed

Playing with her toddler to give her time alone,

Standing with her at the cemetery a year later

With two bunches of flowers,

Honoring the coming and going

Of these two children born in November,

The week before Thanksgiving.

Smiling on the outside for those around her.

One day she asked me over for tea.

She served me with a porcelain teapot, a wedding gift,

Covered with butterflies and a yellow butterfly handle.

A painted lady bug inside.

Our friendship extended beyond quilted fabric to wedding china

And entered our hearts.

One day over the butterfly teapot,

She told me they were moving.

Heartbroken, trying to contain my tears,

Not wanting to ruin the joy of her husband’s promotion,

Or her excitement for new adventures.

And kept in touch, always ending our emails with,

Three years later,
After many cards, letters, and emails,

She wrote to say they were moving again,

Back to the area where I met her,

Back to the children left behind, but always

Carried in her heart.

Last week we were reunited,

The butterfly teapot and ladybug cup

waited on the kitchen table.

We laughed, I cried.

Joy in being back together,

All from things learned in her time away from here.

Two hearts who met on the saddest of days

Pieced together in wind and snow

Bound with love over time.

with the butterfly teapot and ladybug cup. 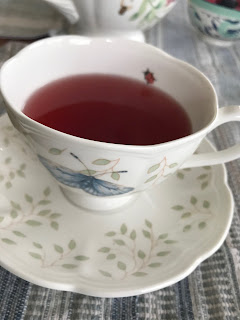