An Unconventional Path to Wellness 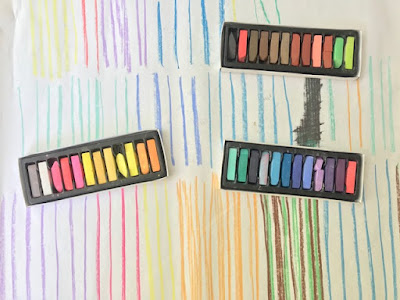 Nothing felt right when 2018 ended. The year was busy. I taught many classes at church and led a support group all of which I enjoyed, but I needed a break.  Seven people I knew died of cancer during the year. I felt depleted with grief for their families as well as for friends including myself.

Art and writing, meaningful parts of my life for twenty years, suddenly disappeared as the new year began. Not writing or drawing which I did daily, was a significant loss and brought confusion to my identity and sense of self.

In early January, I sought solace in a plowed cornfield. Going there I needed space and order. I walked across the bumpy rows filled with clumps of dirt, noting remains of a bountiful harvest in the occasional corn stalks left behind.  I saw beauty in the orderly arrangement of plowed rows. The different shades of dirt were like a color wheel of brown.

Although the day was cold enough to see my breath, I walked for over an hour inhaling the stillness of natural rest and stretching my heart into the expanse of open space.

In February, another loss occurred when a friend of my younger daughter died of cancer. She returned home from Oregon for the visitation and funeral.  Putting her on a plane to return a few days later, was difficult. Her grief was palpable and mine was amplified by not being able to go with her for continued comfort and love.

Finally, in April, I decided to seek counseling to help me through this time. When I met with my counselor, Joan, I mentioned the recent deaths of friends as well as losses from my past. I told her Inside I felt like a zombie, striped to my core, unanchored, scared, unsure of who I was, confused about life and people. I felt no direction, no focus, lots of frustration, burdened with a weight for which I had no name. I did not feel depressed, I did not feel well.

Joan tried to help me sort out the complexities of what I was experiencing, hoping to reach a place of grounding and peace.  Together we worked to give form or name what was bothering me. We struggled to find answers to the disappearance of the creative part of my life which I enjoyed so much and kept my life lively, and exciting.

Joan moved after nine months, but she helped me find another counselor, Sharon, in the same practice to take over.

Sharon caught my attention when she talked about her use of art during an interview Joan arranged prior to her relocation. I liked art and remembered how creative projects provided companionship and a means of expression years ago.

I began seeing Sharon once weekly. We became acquainted and I began building trust in someone new. Sharon shared a few ideas to work with me such as starting a timeline of my life, using chalk pastels and giving me a word each week to illustrate. In numerous sessions, Sharon used the phrase “uncharted territory” to describe where I was emotionally. Not to be deterred, she forged ahead weaving together art, words, psychotherapy, compassion, intent listening and caring, finally unlocking all of the secrets of my past. After over a year of intensive therapy, I felt cleansed and well.

For the next four weeks, I will describe portions of my work with Sharon. I pray my experiences will help someone else or offer encouragement to others going through hard times. 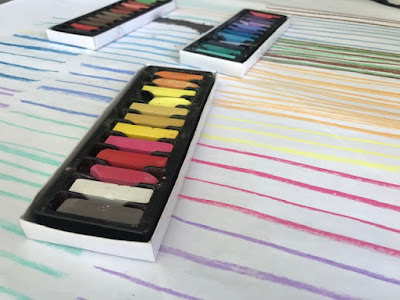