Honoring the Dead in Life 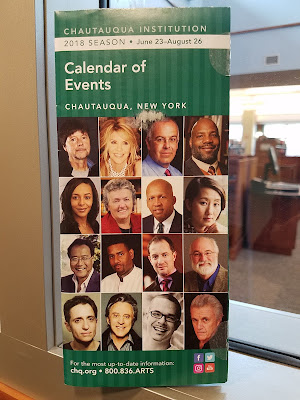 "I'm copying my own obituary," she said nonchalantly, while I was waiting to use the library copy machine.

"That's a good idea." I replied, Then I stopped. What did she mean by making a frank statement to a stranger? I assumed she's planning ahead. "You will have printed what you want said about yourself."

"Yes, I am an English teacher. I want things said the right way. It makes people uncomfortable, though, when I tell them. I met with the funeral director a few weeks ago, and he was shaken by my desire to make arrangements. He was young and new in the business. He wasn't expecting someone like me to show up. I have a disease. It's something we all avoid, you know."

I watched as she fumbled with ten or eleven sheets of handwritten papers, shuffling them occasionally, trying to get them in order. She had also spread two file folders all over the work table.

"Do you know how to work the machine?" she asked.

I showed her the simplest way to copy many pages.

I stood back to take in this woman who opened her life to me in a minute. She was tan and healthy-looking, medium-built, robust and mid-seventies. She wore a black baseball cap, white knit top, black jeans and tennis shoes.

While a stack of papers went through the machine, she continued to shuffle another stack.

"May I help you organize these?" I volunteered stepping over to the table where she was working.

"Well, those papers are my husband's obituary. These are mine. You take his and I'll work on mine."

I noted she numbered the pages so I put them in order.

"These are ready," I said handing her the stack.

"You go ahead and do your copying while I finish getting these in order."

I copied five pages from a book. I noticed she was still shuffling papers unable to reach any sense or organization.

I looked at a few magazines when a librarian announced the library was closing in four minutes. I had not paid for my five pages. I returned the magazines to the shelf and glanced where the woman was still struggling. I returned to the table. "How many copies do you have?"

"I'll add my five copies to your twenty-four and pay for both. The library is closing in one minute." She looked at me surprised, moving the papers all over the table.

Earlier that morning, I heard a sermon during morning worship at the Chautauqua Institute in western New York by the Rev. Dr. Allan Boesak, an activist born and raised in South Africa. He introduced the idea of prophetic faithfulness which interrupts the flow of evil for the reality of truth of the reign of God. He continued, "God wills peace, justice and wholeness."

Boesak challenged the congregation, "Don't worry if you can't save the world. Every act of compassion and justice - every embrace of one who is despised - saves one life. Interrupt the work of evil and bring the light of God's love and mercy to just one life."

I remembered Rev. Boesak's words as I listened to the woman talk about her impending death. The evil in her life was an unnamed disease to which she referred several times. I did not know her name, but I saw her as a woman determined to leave her own impression about her life for friends, family, and anyone else who reads the obituary page. I can't visit during funeral calling, but I could show compassion by paying for copies of her writing. I pray my actions "made the face of Christ shine" as Rev. Boesak concluded happens, when we take time for one life.

Prayer: Help us take time to look around wherever we go so we can notice someone who may need love. Remind us to set aside our agenda and "make the face of Christ shine." Amen.