Praying with a Cup 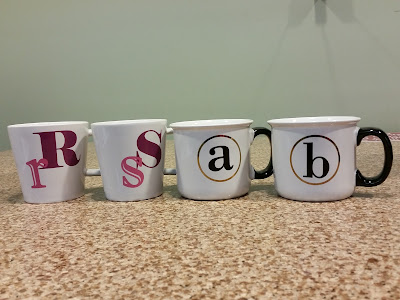 Most evenings, I take a minute to pour something warm in a mug and sip it. It’s an ordinary activity and I never thought that it carried any meaning. I was just thirsty!
Then I started taking a six-week study at my church using “The Cup of Our Life” by Joyce Rupp. Rupp shares how the ordinary cups we use each day can become sacred vessels that connect us with life and draw us closer to God. She explores how the cup is a rich symbol of life, with its emptiness and fullness, its brokenness and flaws, and all of its blessings.
For the second class, everyone brought his or her favorite cup to share. One woman brought a cup made for her when she was born. Another person in her late 60’s showed a cup she’d purchased when she and her friend visited Chicago right after college graduation. She said the cup represented the beginning of her adult life. The cup has held coffee as well as pencils and now holds a collection of extra buttons sewn in clothing.
One of the leaders of the group held out a cup that belonged to her recently deceased mother. She said at her parent’s house, everyone in the family—siblings, in-laws, grandchildren, nieces and nephews—had a cup they used when they visited.
When her mother wanted to pray for someone in the family, she went to the cupboard, pulled out the person’s cup, and held it while she prayed.
What a great idea, I thought, to “hold’ someone while praying by wrapping your hands around the contour of the cup.
When I got home I went to the cupboard where I got out the initial cups my children, Sarah and Anna, and my son-in-law, Ryan, use when they are home. Even Anna’s boyfriend, Brian, whom I haven’t met, has a cup. I can hold and pray for him too as he and Anna deepen their year-long relationship. 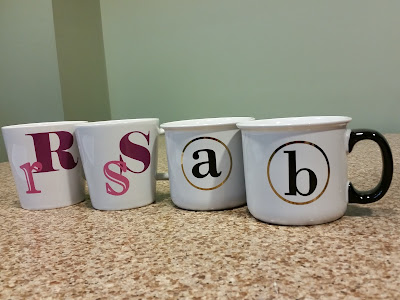 The cup is a container for holding something – coffee, tea, pencils, buttons, soup, or markers. But holding someone else in prayer by clasping his or her cup adds meaning to the prayer experience.
Suggestions for using a cup in prayer:
1.     Surround the cup with both hands similar to embracing the one you love.
2.     Take a deep breath, inhaling God’s love, exhaling any clutter that keeps you absorbed in yourself and unaware of what God is offering.
3.     Pray for the person who uses the cup.
4.     Conclude your time of prayer by asking God’s blessing and love for the one you care about so deeply.


Prayer: Thank you, God, for a way we can hold those close in prayer who aren’t nearby. Hugging them by holding a cup can connect us more deeply to them as we pray. Amen.