Each participant in the Religion, Spirituality and the Arts seminar I took last fall had to create a piece of art in response to the story of Cain and Abel. Writers, a fiber artist, a film maker, and artists were in the class.

I wrote a poem:

Long ago,
Two, sweet little boys,
Played side by side.
Now, the sheep cry,
The fields weep,
For the double loss.

And created two pieces of art pictured below:

Eve's Quilt of Loss - In the old and new testament people often expressed grief by tearing their clothes. "Eve's Quilt of Loss" represents what Eve might have don, tearing cloth following the loss of Abel by death and Cain by banishment. Strips of wool, symbolizing Abel, a shepherd, and linen, for Cain's work in the fields, are woven together and hand quilted. 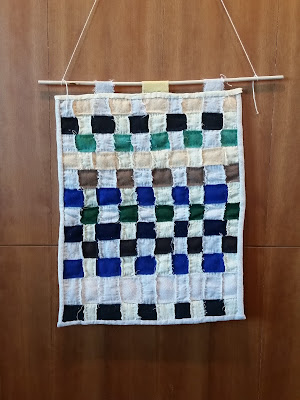 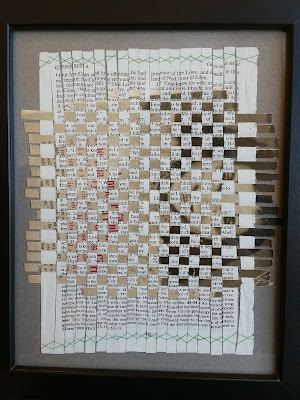