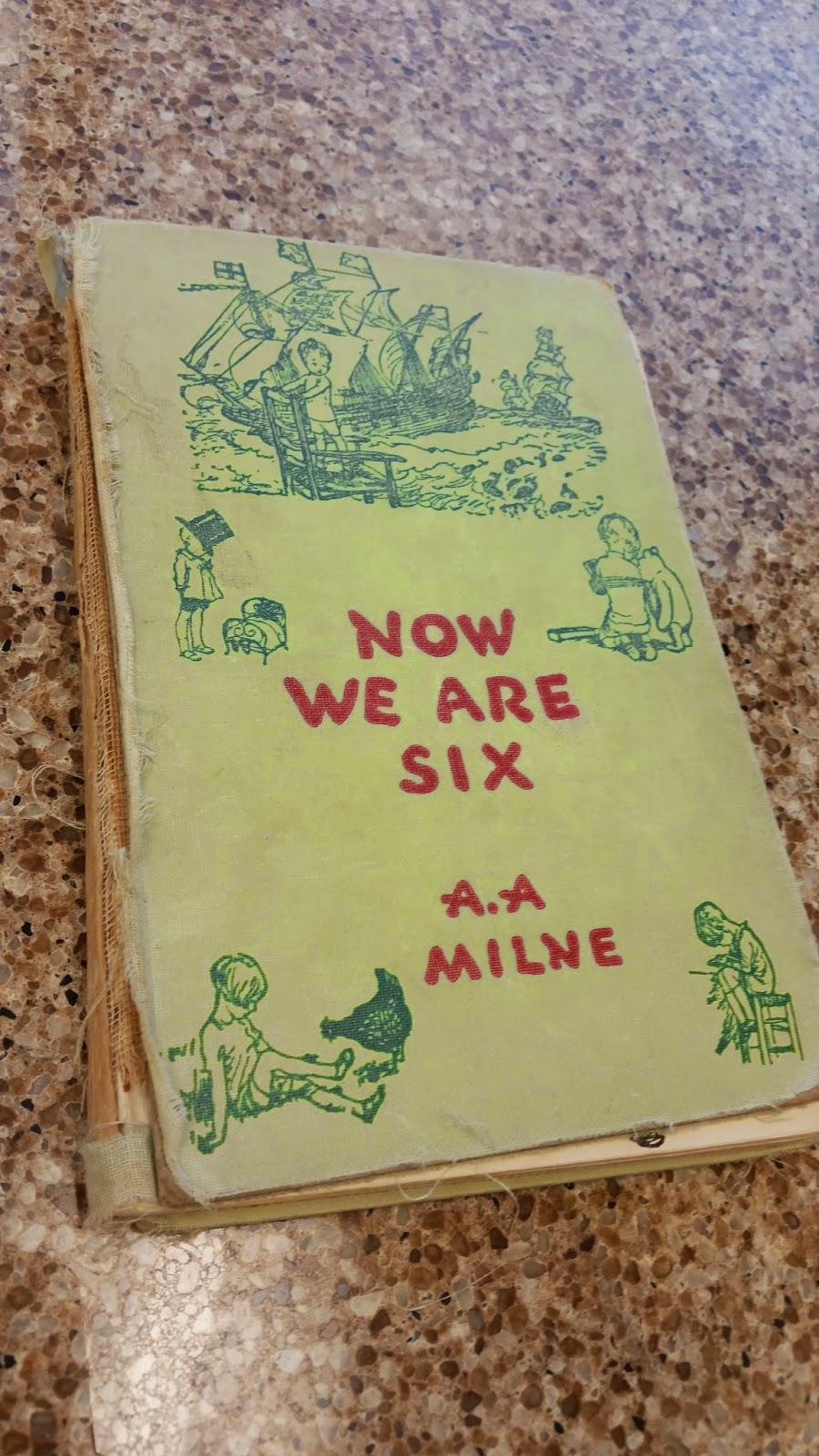 On my sixth birthday, my father brought home a gift from one of his co-workers whom I never met or even knew by name. The gift, the first book I ever received was called Now We Are Six by the British author A. A. Milne. Captivated by this collection of poems with unusual words and rhymes, I discovered the joy of owning a book that I could read whenever I wanted.

Reading was not a priority in my home. I never saw my parents read a book. My mother read the newspaper each day, but considered reading for pleasure a waste of time. My father spent his free time building projects out of wood or tackling a steady stream of home repairs.

As a result of the lack of interest in reading in my home, I didn't go to the public library until I was thirteen. Only then, when I checked out the six books maximum, did I begin to discover worlds and adventures beyond the walls where I lived.

Checking out books ensured a return trip to the library in two weeks, when I got to choose six more. The cycle continued throughout the summer, ending when school began. For some reason, the summer I was thirteen was the only period of time I went regularly to the library. 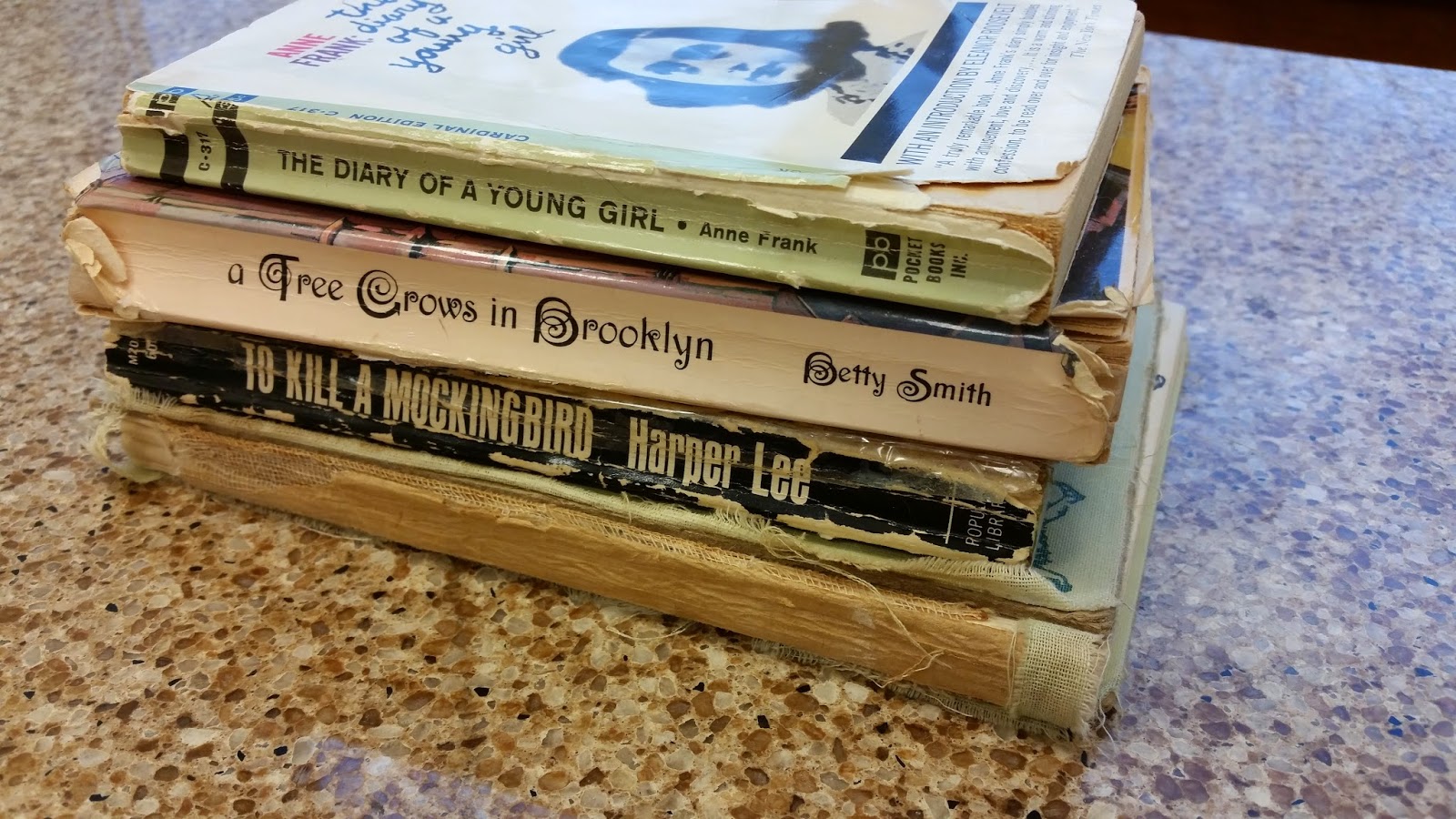 Since I didn't receive an allowance, I had to wait until I was in high school to start babysitting to earn money. The hourly rate for teenage childcare in 1965 and 1966 was fifty cents. I didn't babysit regularly so saving enough to purchase a few books took several months. Finally, I went to the bookstore and bought three paperback titles.

The Diary of Anne Frank (35 cents), A Tree Grows In Brooklyn (The price was worn through age.) by Betty Smith and To Kill A Mockingbird (60 cents) by Harper Lee were my first purchases. I still treasure these books that rest on my bookcase not only for their literary value, but also for the way I identified with the main character.

Each book involved a young girl in circumstances that were less than ideal, just like I was experiencing. Anne Frank began writing her diary when she was thirteen, chronicling her thoughts while she and her family hid from the Nazis. 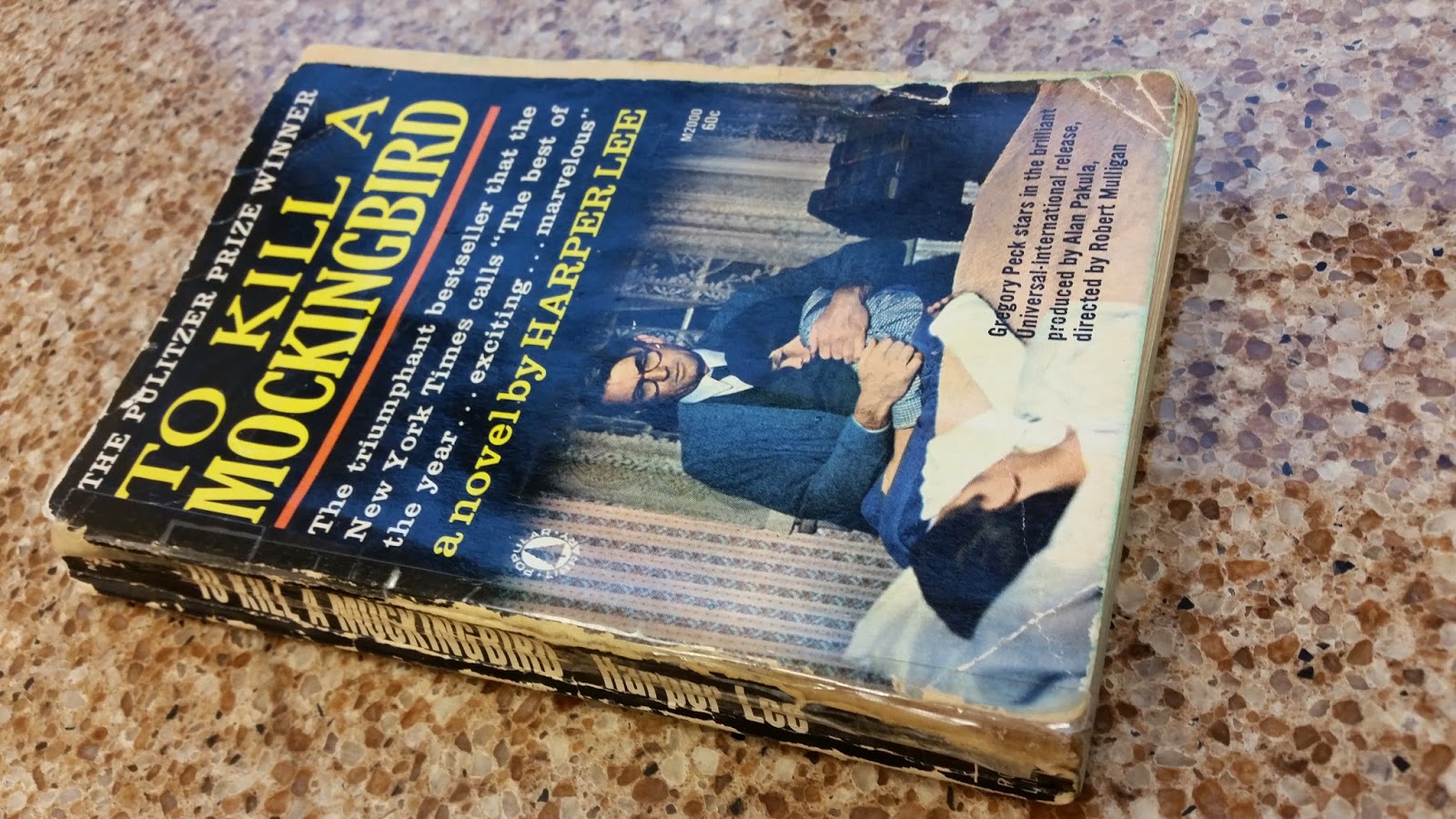 Scout Finch (To Kill A Mockingbird) lived in a motherless home with her father and brother. Scout, who ages from six to nine in the book, noted events living in the South with her lawyer father, who defended an African American man. 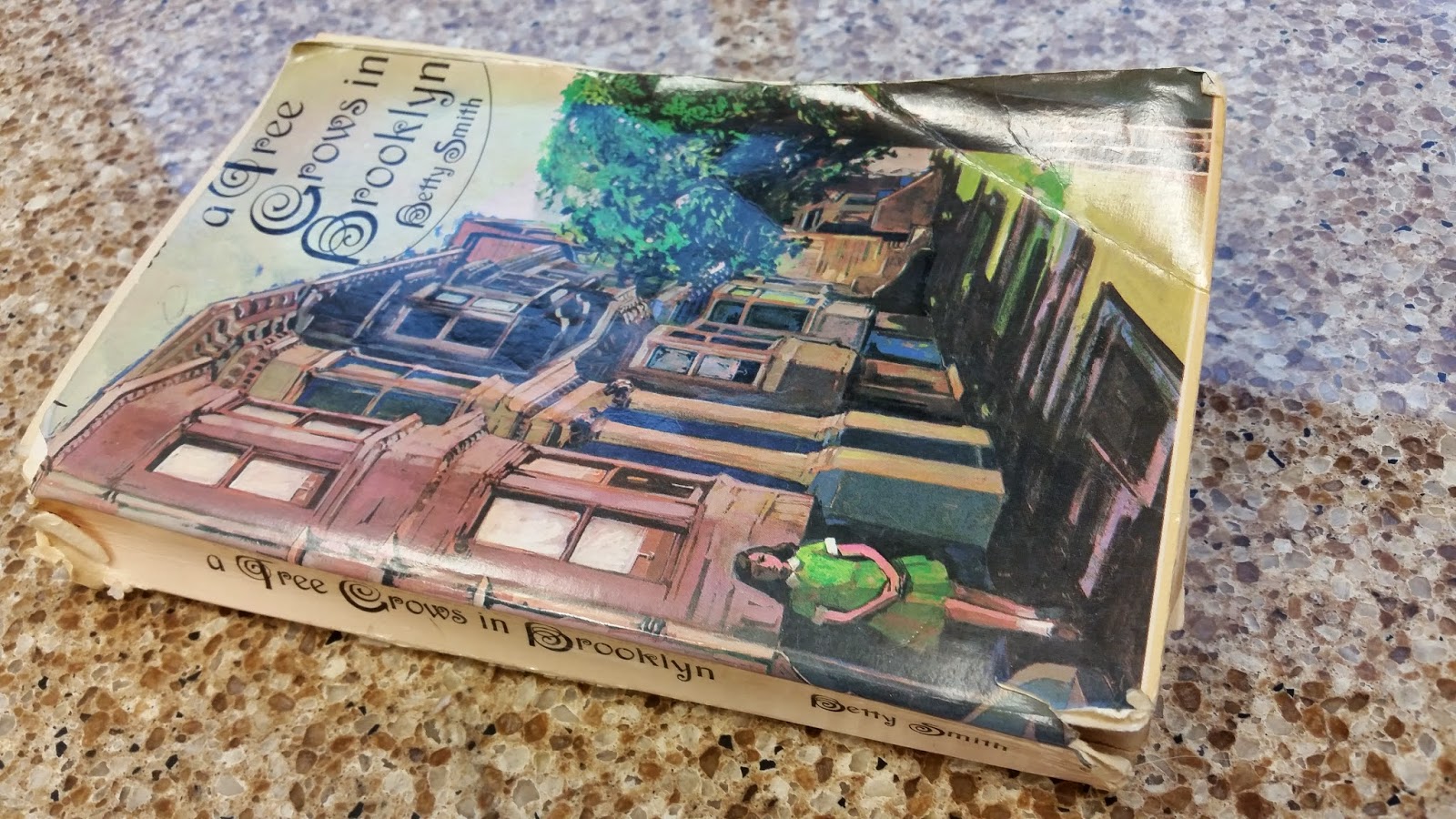 Francie Nolan's father was an alcoholic (A Tree Grows In Brooklyn). She describes the nature of her home life living in the Williamsburg slums of Brooklyn with her parents and brother.

Reading these books over and over and identifying with these resilient girls, offered strength and encouragement as I, too, lived in a chaotic, dysfunctional home. Escaping to the worlds each girl inhabited provided companionship and friendship as close as the small desk where I stacked the books. 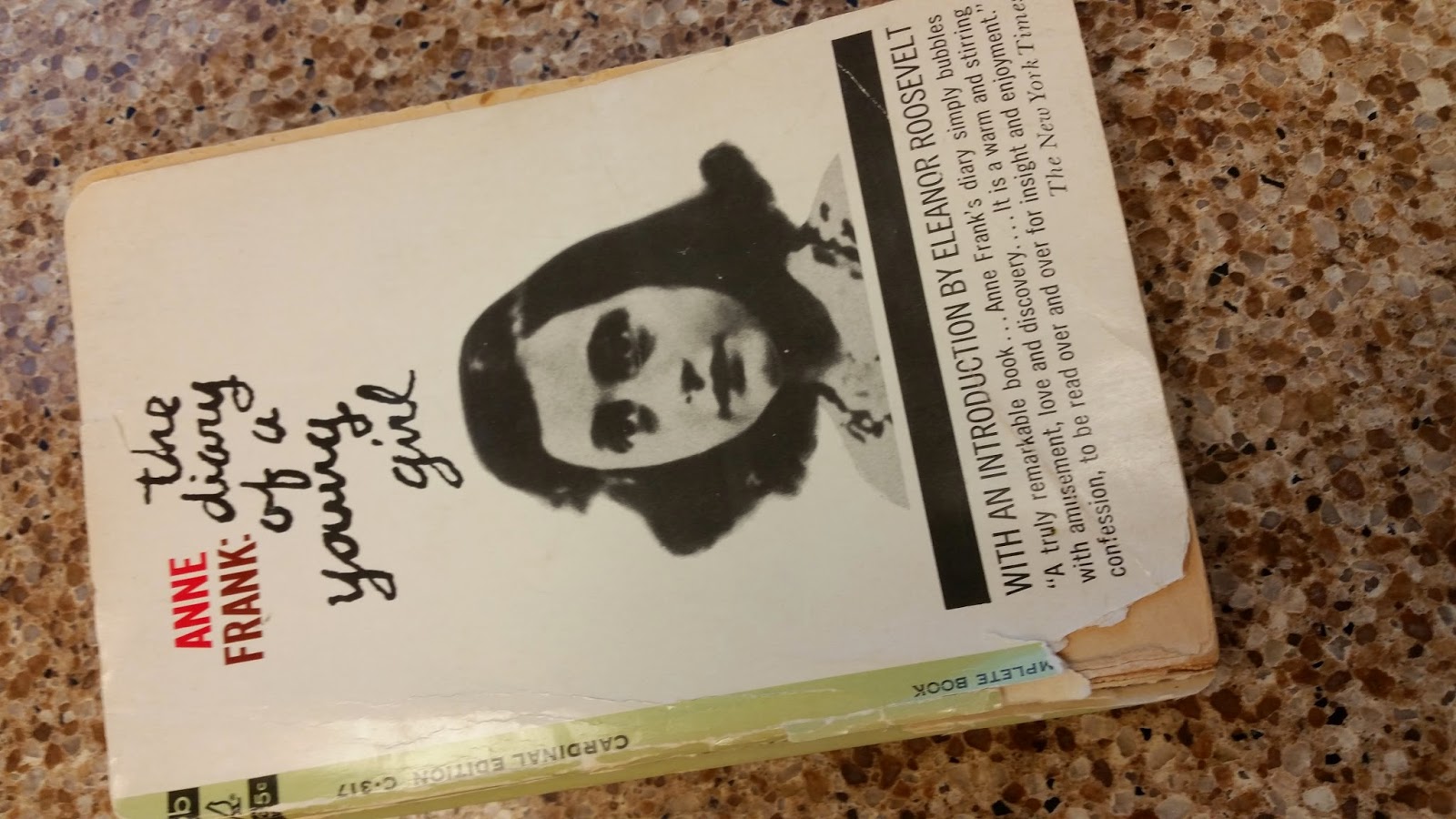 Last year I re-read the Diary of Anne Frank and marveled at the wisdom she possessed and the depths of her soul. Reading Anne's words fifty years later brought renewed inspiration. These three books remain a cherished part of my life like long-time friends or a doting family member.

Prayer: God, thank you for the ways you provide community through words and stories that are secular, but come from the hands of writers whose skills you have created and blessed. You work in many ways to reach those who celebrate and suffer. Amen.